The Return of the Measles

Wow, I forgot just how quickly time flies when there is a newborn in the house! It feels like it was only yesterday that we welcomed our little girl… and just like that she is 12 weeks old! She is a brilliant new addition to the family and thankfully her brothers have taken to her beautifully. She has also served to remind me that maternity leave is never the nice little holiday that I naïvely hope each time that it is going to be. My list of tasks to finally complete when I’m ‘on leave’ sits almost untouched, as my reformed daily lists include such lofty ideals as showering, making the bed, and feeding the children something that doesn’t come out of a packet. There’s nothing like a new addition to help you lower your standards!

One thing I have managed to do while glued to the couch for hours of nightly cluster feeding (other than catching up on my favourite but neglected TV series’ and living vicariously through social media of course) is to keep up with what is happening in the healthcare world. One of the issues gaining lots of media attention recently is the worldwide resurgence of a previously well-controlled illness, measles. Most of you will have heard of measles, some of you may even have first-hand experience of infection with measles. Measles was in fact so common prior to the vaccine introduction in Australia in 1968 that those born prior to 1966 are all assumed to have had the virus in childhood. After the vaccine introduction cases dropped significantly and in the mid-2000s there were less than 20 cases Australia-wide per year (Chiew et al, 2015). Measles was officially declared eliminated in Australia in 2014. However since then measles cases have steadily been on the rise, and as the media have rightly been reporting, we are currently in the middle of an epidemic with 83 cases reported prior to the 5th of April this year. So how worried do we need to be about measles?

The facts about measles

Measles is an illness caused by the Measles virus, which belongs to the family of Paramyxovirues. It is highly contagious and is spread through droplets in the air from an infected person coughing or sneezing. Once you have been exposed to the virus it can take up to 10-14 days for the symptoms to appear, though you can be infectious during this time and be spreading the virus to others without knowing it. The illness starts with viral symptoms – runny nose, sneezing, coughing, sore eyes, conjunctivitis, and fever, with the rash appearing after several days. The measles rash is very distinctive and usually commences on the face before spreading downwards to involve the rest of the body. The illness often lasts up to a week and begins to improve a couple of days after the rash emerges. Though on the surface it sounds like many other viral infections, Measles is usually quite severe, with children (and adults alike) being extremely unwell with high fevers, terrible conjunctivitis, very sore throats, and significant lethargy. They are very prone to dehydration and are generally very miserable.

Most children will recover completely from measles within about 5-7 days, though they may have a lingering cough for several weeks. There are, however some serious complications that may occur with measles infection. These include:

Make no mistake – measles is a terrifying illness and we should all be concerned about its recurrence.

So why has measles come back?

In the years since routine vaccinations there have been fluctuating numbers of cases of measles in Australia each year usually brought in by travellers who have contracted the infection overseas and brought it home with them. As measles is so infectious and is easily spread around before the symptoms are apparent, there will often be a handful of cases seen centred around these places before it is contained. Previously this containment has happened rapidly due to widespread uptake of the free vaccinations.

More recently we have seen vaccination rates drop across the board often due to misguided or ill-informed concern about the vaccinations and the potential negative effects on those who receive them. The MMR (measles, mumps, and rubella) vaccine in particular has gotten a pretty bad rap, sparked initially when former UK doctor Andrew Wakefield published a paper in 1998 linking the MMR vaccine to a rise in cases of autism. This spread like wildfire and caused a major backlash against the MMR vaccine. It has since been proved that Wakefield falsified his research and that all his claims were fraudulent. His paper has completely discredited, Wakefield has been struck off the medical register, and thousands of studies since have proven that there is absolutely no link between the MMR vaccine and autism. However the fear remains in some circles and has meant a lower uptake of the MMR vaccine than is needed to keep theses measles outbreaks at bay. Only now are we starting to see the real human cost of the damage caused by those fraudulent claims and other non-scientific concerns about vaccinations, as diseases previously well controlled are making a resurgence and harming children and adults alike.

So what can I do to protect my children?

Vaccinate, vaccinate, vaccinate! The MMR vaccine is on the routine vaccination schedule at 12 months and 18 months. If you are uncertain if your child over the age of 18 months has received two doses of the MMR vaccine, please have a chat to your GP or immunisation provider as they may be eligible for a catch-up vaccination. If your child is younger than 12 months and you are living in an area with a current measles outbreak or if you are travelling to an area where measles is common, it is definitely worth discussing an early MMR vaccination for your child with your child’s GP. The ATAGI has recently revised their recommendations to advise that children as young as 6 months can receive the MMR vaccination if they are deemed at risk. However recently we are experiencing a shortage of MMR vaccines due to the higher than usual uptake of extra vaccines in the wake of the current epidemic, so talk to your GP about where and when you may be able to source the vaccine.

What if I think my child has measles?

Firstly, don’t panic! It is still much more likely that they have some other childhood virus with similar symptoms to measles. It is important to have your child reviewed by your GP, or in the emergency department if you are concerned that they are very unwell. It is very important that you phone ahead and notify the GP practice or emergency department that you are concerned about measles so that they can isolate your child until they are certain that it is not. This will minimise the risk of transmitting the virus to others in the waiting room. Swabs and or blood tests may be done to confirm the diagnosis if there is ongoing concern about measles.

If you have any further concerns please do not hesitate to check out the resources below, or to have a chat to your friendly general practitioner.

Well that’s it from me folks.
‘Til next time. The Centre for Disease Control, 2019, https://www.cdc.gov/measles/cases-outbreaks.html

Dr Katie Drewett is a general practitioner with a keen interest in paediatrics particularly the care of babies to school-aged children and children with complex medical conditions. After graduating from the University of QLD Medical School in 2007 she spent several years pursuing paediatric specialist training before realising that the diversity of general practice suited her better. She spent two years training in her rural home town before returning to Brisbane to settle in 2016. Dr Katie feels that becoming a mother to her two small boys has added another dimension of personal experience and understanding to her medical expertise which she is able to utilise regularly in supporting parents and families. In her spare time Dr Katie likes to spend time with her family and friends and loves to travel when the opportunity presents. She currently practices in Chermside, Brisbane. 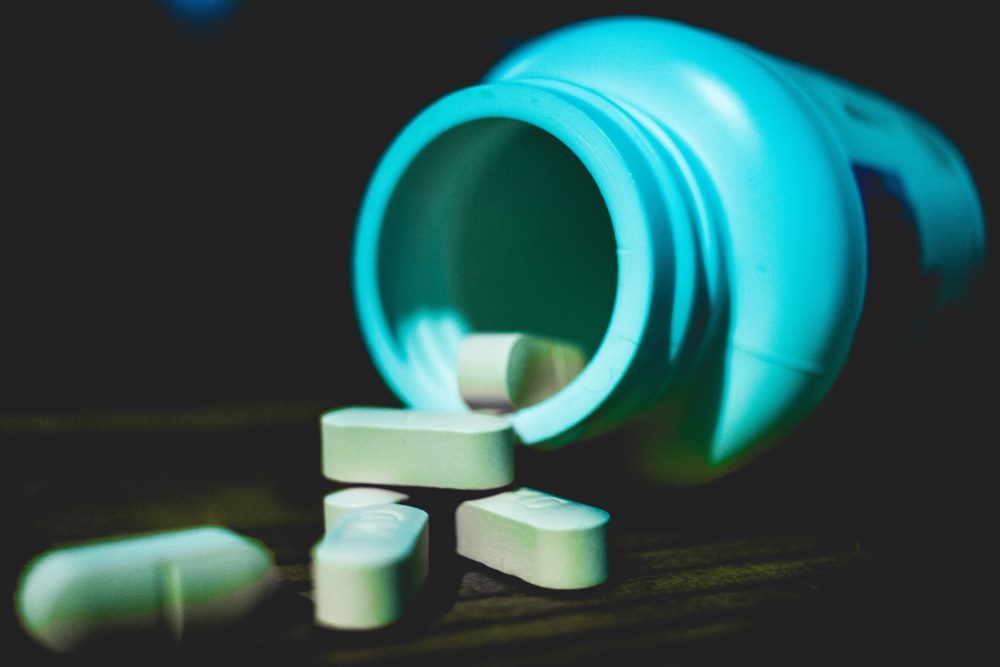 How stimulant medications for ADHD work 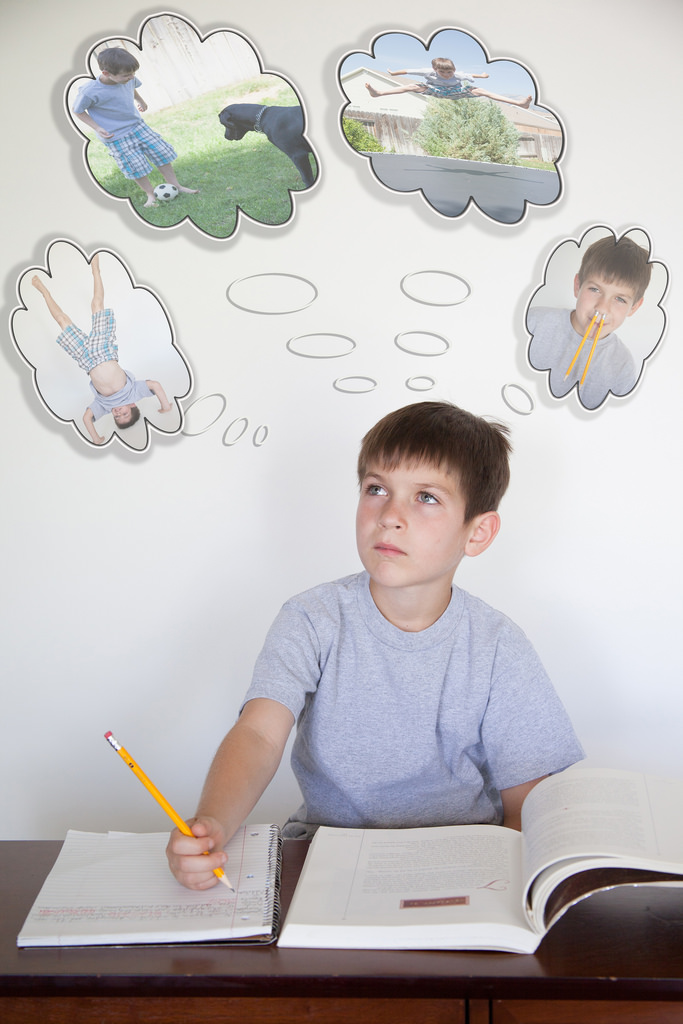